By Jeffrey A. Dvorkin

"How do your journalists know who to trust?" was the question posed by listener Evan Bergelt. Mr. Bergelt went on:

I was inquiring as to where your news sources come from. Do (you) get the information from the Associated Press, etc... or do you do your own sleuthing? Does it depend on the station and region? Or is it a universal output of the same top stories at the same time?

Mr. Bergelt's question is timely. In light of the recent stories about how this country went to war in Iraq, and whether journalists were led (or misled) by their sources, the question is of utmost importance because it speaks directly to the very credibility of news reporting in the United States. By implication, it also asks if the public can still rely on journalists to tell the truth or have reporters simply become informational conveyor-belts for politicians and for pundits?

Mr. Bergelt goes, I think, to the heart and the soul of what journalism is and how the craft is practiced -- especially in these perilous times when information (or the lack of it) is used to advocate going to war. The core of a democracy is predicated on the need for a well-informed public, and never more so than now.

My answer to Mr. Bergelt was this:

NPR relies on a number of sources for its reporting. NPR takes its wire service from the Associated Press and Reuters. Newsrooms usually have one of the cable news channels on (CNN, MSNBC or Fox) and those channels often act as a visual version of the old wire service machines giving the first but not always verifiable indication of a breaking story.

NPR News also hears from many of the public radio stations. Their strong and important local newsrooms are often where stories first surface.

The Internet has also become a place where stories first break. But the Internet and the blogs who live there may not always be a reliable source. Editors who work in the NPR newsroom say they find that the Net and services like Yahoo and Google can also be sources for breaking news stories.

Reporters and editors also have their own sources, many of whom have been cultivated over the years.

In political journalism, these sources can be politicians or their aides or partisans. Stories that emanate from those sources are often of varying reliability since the goal of some of these sources is to make their policies and the politicians who advocate them, look good.

Instincts play an important role. An experienced journalist can sense when he or she is being manipulated and it's important that the journalist stops to ask him or herself the tough questions about credibility, motivation and reliability as soon as there is a scintilla of doubt.

'Verify, Verify and Verify Some More'

Raul Ramirez is the news director at NPR member station KQED in San Francisco. I asked him about how he sees the dangers of relying on sources:

Until we figure a way to look into people's hearts, journalists would be ill advised to believe absolutely what any source says at all times. Until that unlikely day, the best we can do is verify, verify and verify some more. Everything else is a kind of educated trial and error -- coupled with clear attribution as to who says what and under what circumstances. Over time, journalists learn to ask questions of their sources that fill in blanks and, frequently enough, tease out inconsistencies. We cross reference. We use multiple sources. Still, many of us come to trust and sometimes depend on sources (that) prove to be reliable time and again. Mostly, over time, we get to know what blinders our sources wear, and find ways to fill in the part of the picture that -- intentionally or not -- they leave out. The problem with spin masters is not that they fool us, but that so many journalists are so willing to be knowingly spun.

There is an old journalistic maxim, attributed to Arnold Dornfeld: "When your mother says she loves you, check it out."

Dornfeld was one of the crusty but curmudgeonly editors at the storied Chicago City News Bureau. The Bureau finally closed in 1999 after more than a century of covering Chicago. The Bureau was known as a model for the classic, if stereotyped newsroom ("a nose for news and a taste for booze") type of reporting. Its famous alumni included playwright Charles MacArthur, investigative reporter Seymour Hersh and editorial cartoonist Herblock (See Web Resources, below).

That kind of "men-only" newsroom has disappeared, but along with some of its journalistic practices. But there are a few of those old qualities that may need brushing off these days, especially Dornfeld's maxim.

I'm not sure if anyone's mother would appreciate Dornfeld's level of scrutiny from their own offspring, but as journalistic maxims go, it still applies.

Who Can You Trust These Days?

Print and broadcast media used to play fast and loose with the quoting of unnamed sources. Part of the decline in media credibility was due, according to some academics, to that "you can trust me -- I'm a journalist" mentality.

By the late 1980s and early '90s, newsrooms began to rethink whether they had gone too far in assuming that the readers, listeners and viewers were still prepared to trust journalists who claim to trust their sources.

The recent proliferation of stories about sources and the protection of sources by journalists especially at The New York Times have caused many in journalism to wonder whether it is time to revisit the issue of how sources are cultivated and under what circumstances should journalists protect them.

In 1984, Gene Foreman, the managing editor of The Philadelphia Inquirer warned his staff that the public's trust in journalism is strained "by the heavy reliance on unnamed sources.

"By the very act of taking someone else into our confidence," he wrote, "we strain the confidence our readers have in us."

NPR's acting vice-president of news is Bill Marimow. As a former Inquirer reporter, he points out that Foreman's words are still applicable today. In a recent message to NPR journalists, Marimow emphasized that while confidential sources are essential to producing some stories, it's critically important to remain vigilant about sources and especially when to grant anonymity.

We may grant people anonymity if naming them would clearly put them in economic jeopardy. For example, if a reporter is doing a piece on casual drug use on Wall Street, we could avoid using the full name of the interviewee if the person he talks to would be fired if his drug use was made public.

We may grant people anonymity if naming them would put them in physical jeopardy. For instance, if a reporter interviews a policeman who describes a beating that a fellow officer gave a prisoner, we might grant the source anonymity if we're convinced he would face retaliation if he were identified on the air.

When these tests have been met, keep in mind that the grant of anonymity is between NPR and the source -- not between the reporter and the source. The reporter and editor should know the identities all the interviewees, even if we make the decision not to use someone's full name on the air.

And if we grant someone anonymity, under no circumstances should we use a fictitious name.

It may appear to journalists as self-evident that news organizations must retain the trust of their listeners, readers and viewers. Trust is a quality that is only achieved through years of on-going, reliable journalism. It can be lost in a blink of an unethical story. Trust is the only currency that we have.

Editor & Publisher -- a newspaper trade magazine -- notes that the public broadcasters -- and not newspapers -- are seen as the most reliable source of information in the United States in a recent poll.

NPR enjoys that trust today. But retaining that trust will not be easy. Nor should NPR take that trust for granted. Trust will need to be reinforced daily by deep and thoughtful journalism that is both transparent and accountable to the public.

As various political parties and pressure groups become increasingly sophisticated at disguising spin as information, it becomes the single most important journalistic challenge for the media to be able to cut through the rhetorical fog of partisanship and disinformation.

How well organizations like NPR are able to do this will undoubtedly influence the direction of American democracy in the 21st century.

In Other Business: Misrepresenting Gov.-Elect Tim Kaine on NPR

A number of listeners like Richard Linsenberg strongly objected to NPR's description (more than once) of how Virginia's Governor-elect Tim Kaine has expressed his views on abortion:

For the second day in a row, National Public Radio's (NPR) Morning Edition has misrepresented Virginia Governor-elect Tim Kaine's position on abortion, labeling Kaine "pro-life" and promoting the conservative spin that Kaine, a Democrat, won because he took a Republican position on abortion.

This representation is false, given that Kaine made an issue during the campaign of the differences between him and his Republican opponent on the issue of abortion. Kaine supports legal access to abortion, as do the majority of Democrats. Misrepresentations such as those forwarded by NPR skew the important national dialogue on the issue of abortion access, as well as on the issue of where the two major political parties in this country stand on issues of concern to the electorate. NPR should know better.

Mr. Linseberg is quite right. It is possible for someone to be personally against abortion but at the same time, pro-choice. NPR should know better. 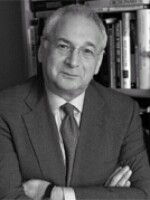 Jeffrey A. Dvorkin
As Ombudsman, Dvorkin's duties include receiving, investigating, and responding to queries from the public regarding editorial standards in programming. He also writes an Internet column www.npr.org, and presents his views on journalistic issues on-air on NPR programs. While some newspapers in the U.S. have had Ombudsmen since the 1960s, it is rare for U.S. broadcast media to appoint an Ombudsman.
More News