Oklahoma’s NPR member stations are producing a series of stories focused on infrastructure in the state. Today, extreme weather is becoming more likely in Oklahoma. February’s deep freeze is just the latest example not only of unusual weather, but of the disruption to our electric grid that can result.

The first sign of trouble came more than a month before the storm, thousands of miles away.

New Year's Day 2021, sixteen miles above the arctic, temperatures were unusually warm. Soon, major air currents began to break down, freeing cold air to wander. It would be several weeks before Oklahoma knew what was coming.

“They did rolling blackouts,” Blake Warner, a father of two from Newcastle who lost power during the storm said. “They said they were going to do that, but they didn’t tell you when.”

Oklahoma’s electrical grid was in crisis. Natural gas power plants couldn’t get enough fuel to burn, which made up most of the shortage. Coal froze in outdoor storage sheds. Windmills were disabled by a thin layer of ice, and then by a shortage of transmission capacity. Some power plants had to shut down simply because they weren’t designed to function in that kind of cold.

The same record lows that hobbled generation led Oklahomans to turn up the heat, creating record winter demand for power.

As demand crept up on supply, generators strained against the load. If the grid ran out of reserves for very long, generators would have to turn themselves off, or risk permanent damage, making the power deficit worse.

The only way to prevent that was to cut the demand for power on the consumer end, everywhere, immediately. That task fell to the Southwest Power Pool.

Think of SPP as air traffic controllers, but for the electric grid. They don’t own any of the infrastructure itself, but they work with the dozens of companies that do, to get power from generators to customers.

When the supply of available power wasn’t enough to cover required reserves, controllers at SPP headquarters told each of their member utilities exactly how much load they needed to shed.

“We have to go circuit by circuit across our system and look at who is on that circuit. If there's not emergency type customers on there, like hospitals, fire, water treatment, then that would be a part of the load shedding,” Jones said. “If the SPP says we need to shed 50 megawatts of load, we will start at circuit number one. And we will start load shedding.”

“When the power went out, within the first 30 minutes we dropped like 15 degrees in our house,” Warner said. “It got cold. It was scary because you know, I had the kids with me. It makes me wonder if they have another negative 20 degree weather, am I going to be out of electricity again?”

“You think climate change, you think warmer, right?” Jason Furtado, a climate researcher at the University of Oklahoma said.

“In the long-term, 50 to 100 years from now, winters are going to get warmer. But what's interesting is we're in this transition period,” Furtado said. “And this transition period is going to cause some of these kinds of episodes to occur. Building an electrical grid using climate normals from 50 years ago, or even within the last 20 to 30 years, is probably not going to be sufficient to hold for the next 50 years.”

In the near term, a vast federation of utility operators and regulators are making plans to improve winter reliability.

The Southwest Power Pool is considering tightening requirements around weatherization for a power plant to be certified as able to produce a certain amount of electricity. OG&E is working on adding technology to make remotely controlling the grid easier, and replacing aging infrastructure, as well as making sure trees are cut back from power lines so they won’t come down in a storm.

The trouble is, hardening the grid long-term against severe weather is expensive. The costs of improving electric infrastructure are typically passed down to customers, who usually don’t want higher electric bills for improvements they may not even notice. Government funding needs buy-in from politicians and voters.

Until planners find a solution that can win broad enough support to overcome both economic and political pressures, increasingly severe storms will continue to test our electric grid. 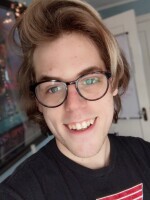 Ryan Gaylor
Ryan Gaylor is an OU senior who joined KGOU in 2020. He hosts All Things Considered on KGOU each weekday. Ryan also reports and produces stories for the Oklahoma Public Media Exchange, the state's public radio collaborative.
More News