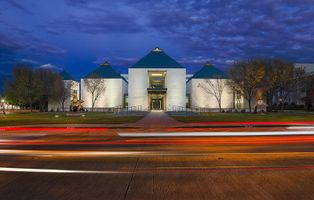 In April of 1966, artist Harold Stevenson began The Great Society, an ambitious series of portraits depicting residents of his hometown of Idabel, Oklahoma and the surrounding McCurtain County. Composed of 98 large portraits, Stevenson considered The Great Society a single work of art. This exhibition is the first time the work has been seen together since Stevenson gave the series in 2007.