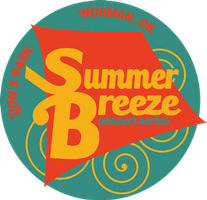 Summer Breeze 20th Anniversary Concert Series is happening! In an effort to make sure that everyone gets their summer dose of live original music, The Depot is partnering with KGOU Radio to bring you the Summer Breeze Concert Series live on-air beginning May 24 at 7:00pm. Normally held in Lion's Park, this year we're bringing the show to YOU anywhere you are. Picnic with the family in the backyard at sunset, take a drive and turn up the radio, turn up the A/C and listen from the sofa -- you can listen ANYWHERE! KGOU Radio will broadcast Summer Breeze Concerts live at 106.3 FM in Norman, 105.7 FM in OKC, at KGOU.org. Summer Breeze is also streaming through Apple Music. Summer Breeze kicks off May 24 at 7:00 pm with "The Queen of Oklahoma," Carter Sampson and the Jackelopes. Carter Sampson is an Oklahoma born and raised, award winning singer songwriter. She tours nationally and internationally playing both solo and with her trio & band. She has released five studio albums including her newest release LUCKY recorded with Jason Scott in Moore, OK. Sampson’s 2016 release Wilder Side received international attention and was No. 3 on the Euro Americana year end chart for 2016. She is the founder and director of The Rock n’ Roll Camp for Girls OKC, a nonprofit volunteer run organization that empowers girls through music education. Carter Sampson’s band includes Kyle Reid (pedal steel & guitar), Mike Satawake (lead guitar) Luke Mullinex (bass) Jack Waters (drums). The other 6 concerts of the series will all air at 7 pm on the following Sundays: June 7th, June 21, July 5, July 19, August 2, and August 16. The full lineup will be available soon and will be listed on The Depot website at www.normandepot.org and also on The Depot facebook page.