The KGOU staff, students, and projects – the Oklahoma Tornado Project and StateImpact Oklahoma – together have received 59 awards for work in 2013.

There is one national win that I will tell you about next week.

KGOU received sixteen awards from the Oklahoma Associated Press Broadcasters Association, including eleven for KGOU and four for the Oklahoma Tornado Project, plus the Radio Sweepstakes Award for the most awards in radio.

KGOU received thirty awards from the Oklahoma Pro Chapter of the Society for Professional Journalists: sixteen for KGOU, three for the Oklahoma Tornado Project, and eleven for StateImpact Oklahoma. I was honored to also receive recognition as "Teacher of the Year" but that was only possible with the help from KGOU's Jim Johnson and Brian Hardzinski.

Wow! What a great staff! It takes a team of people to make the KGOU service possible. That team includes the staff who keep the station operating so that the content creators can produce great material.

It also takes a a lot of listeners who become financial members that make KGOU possible. Without members, none of this would happen.

Thanks! From the Manager’s Desk, I’m Karen Holp. 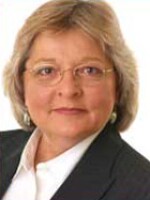