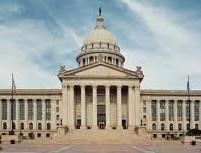 A trio of bills by Rep. Sally Kern are among several anti-gay bills that have been filed with the state legislature.

One bill prohibits public funds from being used to support same-sex marriage. Another allows businesses to refuse services to the LGBT community. The other lets parents seek conversion therapy for their children.

Redman said two measures are likely unconstitutional, but the one on conversion therapy may stand if passed.

"That doesn't mean it's good policy, because it's been well documented that conversion therapy has a long-lasting traumatic effect on the person who is sought to be converted," Redman said.

Kern's office said she's unavailable for an interview before next week. She has in the past said the "homosexual agenda" is a bigger threat to America than terrorism.

Alison Gill with the Human Rights Campaign said the flurry of bills is likely a backlash against court rulings for same-sex marriage.

"It's not completely unique, but I think this is the largest backlash we've seen," Gill said. "Oklahoma has introduced, so far, the most of these negative bills; however, we have seen similar pieces of legislation in states like South Carolina and Texas."

Kern's bills follow a bill from Rep. Todd Russ calling for the state to stop issuing marriage licenses so court clerks don't have to go against their religious beliefs by issuing them to same-sex couples.

Another bill from state Sen. Joseph Silk would allow religious entities to refuse employment or services if doing so is contrary to their beliefs.

Legislation by Rep. David Brumbaugh looks to prevent religious officials from solemnizing or recognizing any marriage that violates their beliefs.

The State of Oklahoma began offering benefits to married same-sex couples Monday after the U.S. Supreme Court refused to hear a case concerning the constitutionality of the state's same-sex marriage ban, leaving in place a lower court ruling that found it unconstitutional.

The head of a gay advocacy group says more than 3,200 marriage licenses have been issued since they became available to same-sex couples in Oklahoma.

Toby Jenkins, executive director of Oklahomans for Equality, says marriage licenses have been issued in 23 of Oklahoma's 77 counties since Oct. 6.

That's when the U.S. Supreme Court refused to reconsider an Oklahoma's judge's ruling that struck down Oklahoma's ban on gay marriage.