Seventy years ago, a 21-year-old woman named Ada Lois Sipuel Fisher walked into the University of Oklahoma’s admissions office to apply for law school. She was immediately turned down because of the color of her skin.  He didn’t agree with the decision, but OU president George Lynn Cross had no choice but to deny the request, since state law mandated the segregation of public educational institutions.

There were no surprises on that January day in 1946, and the ensuing legal battle made its way to the U.S. Supreme Court two years later, almost to the day. A 27-year-old law clerk sitting in a cane chair on the south side of the courtroom described the arguments by the NAACP attorney as “respectful, forceful and persuasive.” John Paul Stevens would later sit side-by-side with that attorney – a man named Thurgood Marshall – for more than 15 years when they both served as Associate Justices on that very court.

In that same 2005 address to the American Bar Association, Stevens described Sipuel Fisher as “an excellent student” who earned the respect and admiration of her white, and almost exclusively male, classmates.  University of North Texas, Dallas College of Law professor Cheryl Elizabeth Brown Wattley tells that story in A Step Toward Brown v. Board of Education: Ada Lois Sipuel Fisher and Her Fight to End Segregation. It won the 2015 Oklahoma Book Award for Non-Fiction.

Sipuel Fisher’s story starts even before she was born. After the Civil War, Oklahoma became a landing point for many liberated slaves, and had more black townships – communities like Boley, Taft, and Grayson – than any other territory in the country. Wattley says that created a tension between the white pioneers who settled Oklahoma during the 1880s and 1890s land runs, and the former slaves who migrated to the region. When it became a state in 1907, Oklahoma’s Constitution explicitly denied the right to vote to people of color.

“In the early 1900s this was becoming even more stressful,” Wattley said. “In the 1920s the KKK was very involved and very active, so it didn’t have a root in slavery. It had a root in the tension of emancipated slaves wanting to have their own homes and towns. And they were successful. And that success caused problems.”

“Problems” is an understatement. Fisher’s parents lived in Tulsa during the 1921 race riot that saw a mob of whites burn down their home in the predominantly black Greenwood neighborhood, one of the wealthiest African-American communities in the country and known as “Black Wall Street.” Fisher’s father, the Rev. Travis Sipuel, was taken into custody and put in a holding pen during the violence. The family settled in Chickasha, which had a thriving black community and served as a hub for cattle moving throughout the Southern Plains. Fisher’s mother, Martha Belle Sipuel, served on a commission representing the interests of African-American students, and was active in the local chapter of the NAACP.

“There was a lynching in Chickasha, in which it was determined that the sheriff actually assisted in opening the jail and allowing the lynching to happen,” Wattley said. “So in an act of public courage, [Martha Belle Sipuel] created a bumper sign. She put a cardboard sign in the back of her car window that opposed his reelection during the campaign.”

Ada Lois Sipuel saw all of this growing up, but still had a relatively normal upbringing – a “child of her community,” Wattley says. She attended an all-black school, participated in the choir and  marching band, and attended her father’s church.

“All these things that gave her a sense of self-confidence and self-worth because that’s what African-American communities had to do to enable their children to survive the burdens and pressures that were being put upon them by the broader world,” Wattley said. “She certainly saw from her parents and the broader African-American community this sense of, ‘We have value. We have worth. We are deserving, and we do not give in.”

Kindling A Love Of Law

A trip to the Chicago law office of her mother’s cousin, and a visit by Thurgood Marshall to her high school, sparked her interest in a legal career. The young NAACP attorney worked on many early desegregation cases against public graduate schools – challenging the precedent of “separate but equal” set by the U.S. Supreme Court’s 1896 decision in Plessy v. Ferguson. Marshall and fellow attorney Charles Hamilton Houston’s strategy was to make establishing truly equal education for African-Americans so costly that no state could bear the financial burden of continuing segregation.

In October 1945, Marshall told members of the Oklahoma chapter of the NAACP at its conference convention he could win a desegregation lawsuit in the state. But they needed a lead plaintiff. Because of her parents’ activism and stature in the community, the NAACP attorneys approached the Sipuels’ son Lemuel. The graduate of historically black Langston University was eager to attend law school, but had already put his life on hold once to enlist in the Army and fight in World War II. He declined the offer, not wanting to delay his legal career another three years while a court battle played out. His younger sister stepped forward.

“We take into the fact that Ada Lois is a very attractive woman of color, family has economic independence, and that her father is with the Church of God in Christ, and her parents are well-established in their own right, her brother is an Army veteran – it is like a very nice starring character in this role that will unfold before her,” Wattley said.

Sipuel Fisher visited OU president George Lynn Cross’ office that January 1946 day with NAACP activist and Black Dispatch publisher Roscoe Dunjee, and Chickasha NAACP representative Bob Bullock. Cross told the trio in confidence state law forced him to deny her application, but he asked what he could do to help. He wrote a letter explicitly stating Sipuel Fisher was well-qualified to enter OU’s law school in every other respect. The lawsuit was filed in Cleveland County District Court in April, and in July Judge Ben Williams ruled Sipuel Fisher had not adequately informed the state of her intention to study law before applying to OU, and without that knowledge, the state had no legal obligation to establish a “separate but equal” law school.

The Oklahoma Supreme Court upheld that ruling on April 29, 1947, and the NAACP appealed to the U.S. Supreme Court. The oral arguments took place in January 1948, and days later the high court ruled the State of Oklahoma had to provide Sipuel Fisher with a legal education comparable to white students.

So they did. In just seven days, the State Regents for Higher Education established the Langston University School of Law, housed in the state Capitol in Oklahoma City.

“’Hubris’ is the word that comes to mind,” Wattley said. “They hired three lawyers to work part time. One as a dean, two as faculty members. They literally created a cardboard sign that said, ‘Langston University School of Law.’”

The State Regents evaluated the institution, convinced the Oklahoma Board of Bar Examiners to allow graduates to sit for the test, and ultimately certified Langston as having a law school equal to the University of Oklahoma. That meant President Cross could not admit Sipuel Fisher to OU, should she decide to reapply.

“It was amazing, it was insulting. Ada Lois was insulted by that, as were most of the African-Americans in the state of Oklahoma,” Wattley said. “I think more than anything, that – and the word that comes to mind is ‘arrogance’ – is what mobilized white citizens to join with the African-Americans and say we need to stop this. This is now ridiculous.”

The NAACP’s legal strategy shifted, because now they had to prove Langston’s law school was not equal to the University of Oklahoma's. The state argued every point it possibly could, from Abraham Lincoln teaching himself to be a lawyer, to the square footage of the respective law libraries, to the fact that Langston’s law school had an elevator in the state Capitol, while OU students had to walk three flights of stairs. Sipuel Fisher and other African-Americans refused to attend, saying they would wait for the NAACP to overcome the obstacle of a sham law school. Gov. Roy J. Turner’s appropriation for Langston Law ended June 30, 1949, and the Board of Regents officially closed the school three days earlier.

Sipuel Fisher again applied to OU Law in June 1949, when Langston Law technically still existed. But Cross decided to admit her, because her original lawsuit had already paved the way for other African-Americans to attend. George McLaurin became OU’s first black student in the fall of 1948, studying for a doctorate in education in a classroom segregated from his white peers. Sipuel Fisher never publicly expressed disappointment in not being the person to break OU’s color barrier despite doing so much, only rejoicing at McLaurin’s attendance.

The segregated classrooms at OU didn’t formally end until a separate 1950 U.S. Supreme Court decision, so like McLaurin, Sipuel Fisher started school with designated seating. Her white, and predominantly male, classmates welcomed her, and helped her catch up by providing notes and other assistance. But blacks on campus were no longer a novelty, so Sipuel Fisher wasn’t a focal point.

“Her classmates would remove those [segregated seating] signs. One told of removing the theater velvet ropes dividing the area. Anything where they had the opportunity to protest against the obvious signs of segregation and differential treatment, they did,” Wattley said. “But in terms of totally making her one of the group, that level of what we would probably call social interaction acceptance, that just wasn’t on their radar screen. So her life was a very lonely one.”

Sipuel Fisher graduated from OU Law in 1951, and became an NAACP attorney in Oklahoma and helped desegregate the Oklahoma College for Women in Chickasha (now the University of Science and Arts of Oklahoma). She eventually became a professor at Langston University and served as the chair of the Social Sciences Department.

Her involvement with OU came full circle in 1992, when Gov. David Walters appointed Sipuel Fisher to the Board of Regents of the University of Oklahoma. She initially resisted due to declining health, but accepted the appointment. She ultimately lost her battle with cancer on October 18, 1995.

Wattley said her only regret about her book is that she never had the opportunity to meet Sipuel Fisher or discuss the experience of desegregating the law school. As a legal educator and a woman, Wattley said she hopes she would find the strength to defer her dreams the way Sipuel Fisher did. 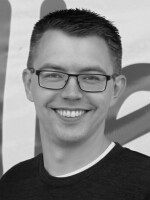