NPR has finished reviewing the work done for it by freelance journalist Danielle Karson. The network examined all stories filed by her that are still available in its audio management system — 1,429 separate files from the years 2011 into 2018. As best as can be determined, all were short reports for the NPR Newscasts that are broadcast once or twice an hour throughout the day.

The review revealed that at least 157 of those reports included interview clips that had previously been in stories filed by Karson. Listeners would not have known the speakers had been recorded months, or sometimes years, earlier. Instead, the reports were presented as if they included new comments from those speakers about such things as wildfires, droughts and severe weather. Karson did not tell NPR editors that the audio clips she was including in those reports were recycled material.

Those actions violated basic journalistic standards. As NPR's Ethics Handbook states, listeners "should not be left to think that any archival or previously obtained audio was gathered in the context of the current piece."

The other radio reports done by Karson that showed up in NPR's archives were from the early 1980s. The network reviewed 22 stories she did in those years. It did not find similar ethical violations.

NPR is no longer accepting reports from Karson. She has not responded to email and voice messages seeking comment about the conclusion of NPR's review.

Along with the radio reports, NPR examined the 33 stories on NPR.org in which Karson's name appears as either the writer or a contributor. That review revealed instances where two of the 157 previously used clips from Karson's radio reports were cited in stories published on the website. The authors of those stories did not know that the comments they cited, and attributed to Karson's reports, had been recycled. NPR has removed the recycled information and attached editor's notes to the pages explaining what's been done. Those notes are here and here.

NPR requires freelancers to adhere to its ethical practices. It is taking steps to ensure they read and understand the network's Ethics Handbook. Editing practices are being tightened. For example, those filing reports for the Newscast will be required to tell editors how, when and where they conducted interviews and collected audio. Also, the processes developed during the investigations of Karson's work that revealed the recycled material will be employed to spot-check the work done by others who file reports for the network.

Our original report, posted on Aug. 10:

NPR this week discovered ethical violations in many reports prepared for it by freelance journalist Danielle Karson, who has filed radio stories for NPR since the early 1980s.

NPR is no longer accepting reports from Karson and its investigation into her work continues.

Here is what is known so far:

In at least 30 reports filed for NPR's Newscasts since 2011, Karson reused clips from interviews that she had previously included in other reports. Listeners would have thought those persons were commenting on the day's news when in fact the comments had been made months or sometimes years earlier. That was misleading and not in line with NPR's editorial standards.

Most of Karson's reports for NPR were short stories about widely reported news – economic indicators and weather events, for example. So far, the investigation has not turned up evidence that Karson got the basic facts wrong in any report.

Freelance journalists, as the term implies, are not full-time employees of news organizations. They are paid by the story, photo, or video, depending on their areas of expertise. NPR requires the freelancers it works with to uphold the standards it has set for its own journalists.

Karson's reuse of materials was not in line with those standards.

One example of what was done:

- On Dec. 6, 2014, she filed a report about storms in California in which an interviewee was heard saying that "the rainfall basically collects all of our urban slobber and drains it out on to our beaches; and that creates significant water quality problems."

- She went on to file three more reports for NPR with that same piece of audio – on Dec. 24, 2015; Jan. 23, 2017; and May 9, 2017. The reports concerned other storms and their effects on California. But there were no indications in those subsequent stories that the audio was taken from a previous interview.

It is a bedrock journalistic principle that news reports should never mislead an audience. Reusing old clips and letting it seem as if they were new violates that principle and violates NPR's editorial standards. In addition, it is unfair to the persons interviewed to portray them as commenting on events when in reality what they said was about something that had happened months or years earlier.

Karson's actions, which go back at least as far as 2011, went undetected for so long in part because the reuses were sometimes months or years apart. Also, the editors and producers on NPR's Newscast desk work in shifts around the clock. No one editor or producer worked with her consistently and would have been in a good position to spot the problem. It wasn't until this week that a producer and editor who had recently worked with Karson on a story realized that the reporter was trying to reuse some material. That prompted the ongoing review of reports Karson has filed over the years. Because of the large volume of material, that investigation will take some time.It will include the less frequent, longer reports Karson filed for other NPR radio programs, including Morning Edition and All Things Considered. Some of those reports were done in the early 1980s. NPR is also reviewing the small number of online reports that include material contributed by Karson.

NPR has informed Karson of its findings and the investigation. NPR is also informing Member Stations, some of which may have independently assigned and published reports from Karson. NPR journalists and the freelancers who file for NPR will be briefed and reminded that transparency and honesty are among NPR's core principles and must be safeguarded. A review of procedures is underway to protect against something like this occurring again. NPR is reaching out to those individuals whose comments were reused to apologize.

In its Ethics Handbook, NPR says it aspires to produce content that meets "the highest standards of public service in journalism and cultural expression." This content did not live up to those standards and NPR apologizes for that. 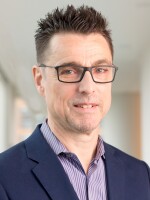 Christopher Turpin
Christopher Turpin is Chief of Staff at NPR. In this role, Turpin oversees NPR's Development division and activities, liaises with the News and Programming divisions and helps the CEO manage the operations of the executive team and critical projects.
See stories by Christopher Turpin

Mark Memmott
Mark Memmott is NPR's supervising senior editor for Standards & Practices. In that role, he's a resource for NPR's journalists – helping them raise the right questions as they do their work and uphold the organization's standards.
See stories by Mark Memmott 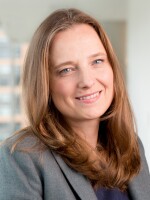 Sarah Gilbert
Sarah Gilbert is the Vice President for News Programming at NPR. Previously, she was the Executive Producer for Morning Edition, during which time she created and launched Up First, NPR's morning news podcast.
See stories by Sarah Gilbert
More News