The University of Oklahoma's football program is undergoing some historic shifts: the loss of its head coach and starting quarterback, and a move into a tougher conference soon. For spectators and true fans of OU's storied football history, the KGOU Readers Club is reading Bud Wilkinson and the Rise of Oklahoma Football by John Scott, published by the OU Press in hardcover and e-book.

From the OU Press:
"In 1947, Bud Wilkinson was named OU’s head football coach and became the architect of Oklahoma’s meteoric rise from mediocrity to its present status as a perennial powerhouse. Based on interviews with Wilkinson, former OU president George L. Cross, and numerous former players, author John Scott gives us the behind-the-scenes story of Wilkinson’s years at the University of Oklahoma.

"Scott takes us through the teams Wilkinson directed from 1947 to 1963, revealing the philosophies and tactics Wilkinson used to turn OU into one of college football’s elite programs. A close-up view of games—from strategy to execution—brings OU football and its cast of colorful characters to life. Scott details the Sooners’ 47-game winning streak as well as thrilling games against Notre Dame, Army, USC, and others. He also provides details of Wilkinson’s breaking of the color line in OU athletics and the infamous food-poisoning incident in Chicago in 1959.

"Before his death in 1994, Wilkinson reviewed the first draft of the book and wrote in a letter to the author, “The explanations of football strategies are concise and clear. They rank among the best I have ever read.” Including vignettes of Wilkinson’s closest coaching friends (Royal, Bryant, Leahy, Sanders, Blaik, Tatum), Bud Wilkinson and the Rise of Oklahoma Football captures all the drama of Oklahoma’s ascendance and serves as an authoritative and entertaining history of the sport that will appeal to all college football fans."

KGOU will broadcast a one-hour Readers Club special interview with the author, John Scott, on Monday, Feb. 28 at 1 p.m. Send questions for the author to Logan at newseditor@kgou.org.

This is KGOU KGOU Readers Club 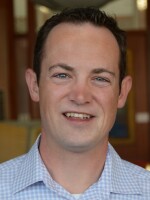 Logan Layden
Logan Layden is a reporter and managing editor for StateImpact Oklahoma. He is a native of McAlester, Oklahoma and graduated from the University of Oklahoma in 2009. Logan spent three years as a state capitol reporter and local host of All Things Considered for NPR member station KGOU in Norman and six years as a reporter with StateImpact from 2011 to 2017. Most recently, he was news director for McAlester Radio before returning to public radio in 2020.
See stories by Logan Layden
More News