Archivist begins preserving KGOU audio in a race against time

Magnetic audiotape was the workhorse of radio in the 1980s, in KGOU's early days of serving the campus community at the University of Oklahoma with music and a few NPR programs. Local news and feature interviews, and sometimes whole radio shows were recorded on reels of tape and saved for future use, or erased and recorded over with the next episode.

But audiotape begins to deteriorate after about 10 years, depending on how and where it is stored. If properly cared for, it can last longer, but is likely to start to disintegrate or suffer severe loss of audio quality with the passage of time.

The American Archive of Public Broadcasting, a collaboration between the Library of Congress and GBH, has been working against time to save and digitize early public radio recordings on tape or other technology that has come and gone since, such as audio cassettes or digital audio tape (DAT). The work was begun in 2013 with funding from the Corporation for Public Broadcasting and later, the Andrew W. Mellon Foundation. In 2019, AAPB expanded its efforts, launching a fellowship program to place graduate fellows with university programs to help local public stations preserve their archives.

“We don’t really know everything we have on reel-to-reel tape, or how far back it goes,” said Jim Johnson, KGOU’s program director. “It wasn’t labeled very well, or the label has come off or faded over the years. But we know we have recordings of KGOU coverage of the Oklahoma City bombing in 1995, and also some programming by and for Native Americans that is culturally important.”

KGOU was all set to welcome a fellow in the spring of 2021, and chief engineer Patrick Roberts constructed a work station complete with equipment that can allow all technology types to integrate with each other, from a reel-to-reel tape machine to cassette players to digital card readers.

And KGOU welcomed Emily Keenan, an OU graduate student in the Library and Information Sciences program, who began her AAPB fellowship Sept. 1. She is starting with the most recent of the old file types, CDs and DAT cards, listening through KGOU’s archives. She’ll work through the spring semester to digitize and transfer KGOU’s archives into digital files, cataloging them and adding metadata so the audio can be included in AAPB’s archive.

"We've been ready to start this project for a while, but with delays related to the pandemic, it's taken a little longer than we'd hoped," said KGOU's general manager, Dick Pryor. "It will be interesting to see what we've got that should be preserved as part of a national public media archive."

AAPB has preserved tens of thousands of hours of programming since the collaboration began, but there is much more material at risk of being lost within the next several years without digitization efforts.

AAPB is also collaborating with Brandeis University’s Lab for Linguistics and Computation to create open-source software that could review digitized archives and automatically generate metadata, which makes the archives searchable and more easily available.

Tags
This is KGOU KGOUUniversity of Oklahoma 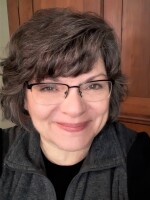 Laura Knoll
Laura works to fund journalism and entertainment programming on public radio through individual listener contributions and other funding streams. She is a former radio journalist at KTOK, WKY and other commercial radio stations.
See stories by Laura Knoll
More News