Rebecca Cruise talks with Joshua Landis about air strikes against the Islamic State, and how Syria’s neighbors are affected by millions of refugees.

Later, Suzette Grillot's recent interview with the 2014 Neustadt Prize for International Literature winner Mia Couto. Shortly after the country’s independence from Portugal, the Mozambique Liberation Front asked him to suspend his medical studies and work as a journalist. 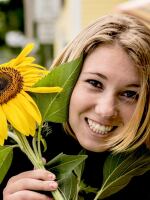